At the end of September 2021, Derek, our son, and Dani, his girlfriend, came to visit. It’s been 18 months since we’ve seen Derek or any family member, so you can imagine that we were quite thrilled to see them. We had a wonderful time with them and visited some new sites and some familiar ones.

Pickup in Rome. Derek and Dani flew into Rome and were set to arrive early in the morning. So Jim and I drove down the day before and stopped at Tarquinia, an hour north of Rome on the coast. The city is known for their Etruscan tombs and Etruscan Museum. I’ve seen a lot of Etruscan stuff, but I was surprised at the beauty and quantity of these tombs! In this necropolis there are 22 different underground tombs that you can look into with beautiful painted walls. Each tomb has a modern building covering the tomb with steps going down. Lighting was not good (to protect the paintings), so I’ve included one from the town’s museum, which was moved for accessibility and protection. I’ve also included a picture of a decoration from one of their temples. Keep in mind that these are from the 4-6th centuries BC!

The next morning Derek and Dani arrived on time. After more than a few hugs we were off to Sorrento where we planned to spend 5 nights.

Sorrento, Amalfi Coast, and Capri. None of us had ever been to this region so we were excited to explore the cities, the views, and the sites. While approaching Sorrento Jim stopped for a view of the city… the view was a great first impression, the traffic not so much!

We headed to Capri Island the next day… joining a boat trip from Sorrento, went around Capri, a short swim break and then a stop at one of the marinas. We visited the town of Capri, filled with shops selling beautiful (and overpriced!) souvenirs. Jim and I enjoyed wandering through the small streets while Derek and Dani headed to another marina to check out some of the boats. The wait to see the famous Blue Grotto was over an hour, so everyone on our boat agreed to skip it. Instead the captain stopped at two of the lesser known, but equally beautiful grottos, and Derek, Dani and many of the others jumped into the water to check them out.

The next day we headed to Pompeii where we spent hours wandering through the city. “Pompeii is a vast archaeological site in southern Italy’s Campania region, near the coast of the Bay of Naples. Once a thriving and sophisticated Roman city, Pompeii was buried under meters of ash and pumice after the catastrophic eruption of Mount Vesuvius in 79 A.D. The preserved site features excavated ruins of streets and houses that visitors can freely explore.” (from Google) I was struck by the size of the city and how well preserved everything is. There were so many details here and there that really gave you a sense for life in an early Roman city. I definitely want to spend more time here.

And the next day we had another boat trip planned – leaving from Sorrento and going along the Amalfi Coast. My knee was too sore at this point, so Jim and I opted to stay in Sorrento while Derek and Dani headed back to the boat. They had a great time, seeing several small towns and popping into the water at a few swimming spots. Each evening of our trip, we had dinner at one of the restaurants that featured local delicacies and a good wine list.

Chianti. We had planned for one more day in the Sorrento area, but we were all ready to move along. So we headed towards home, stopping for a night in Castellini in Chianti. This small town holds special meaning for Jim and me. In 2016 we stayed here and used it as a base to explore this part of Tuscany. One evening after dinner as we wandered through the town, we paused to look at the available real estate in one of the realtor’s window. That was the evening that we realized that living in Italy would be affordable for us and planted the seed to “retire in Italy someday”. At the time, we expected that to be a decade or so away, but why wait??? 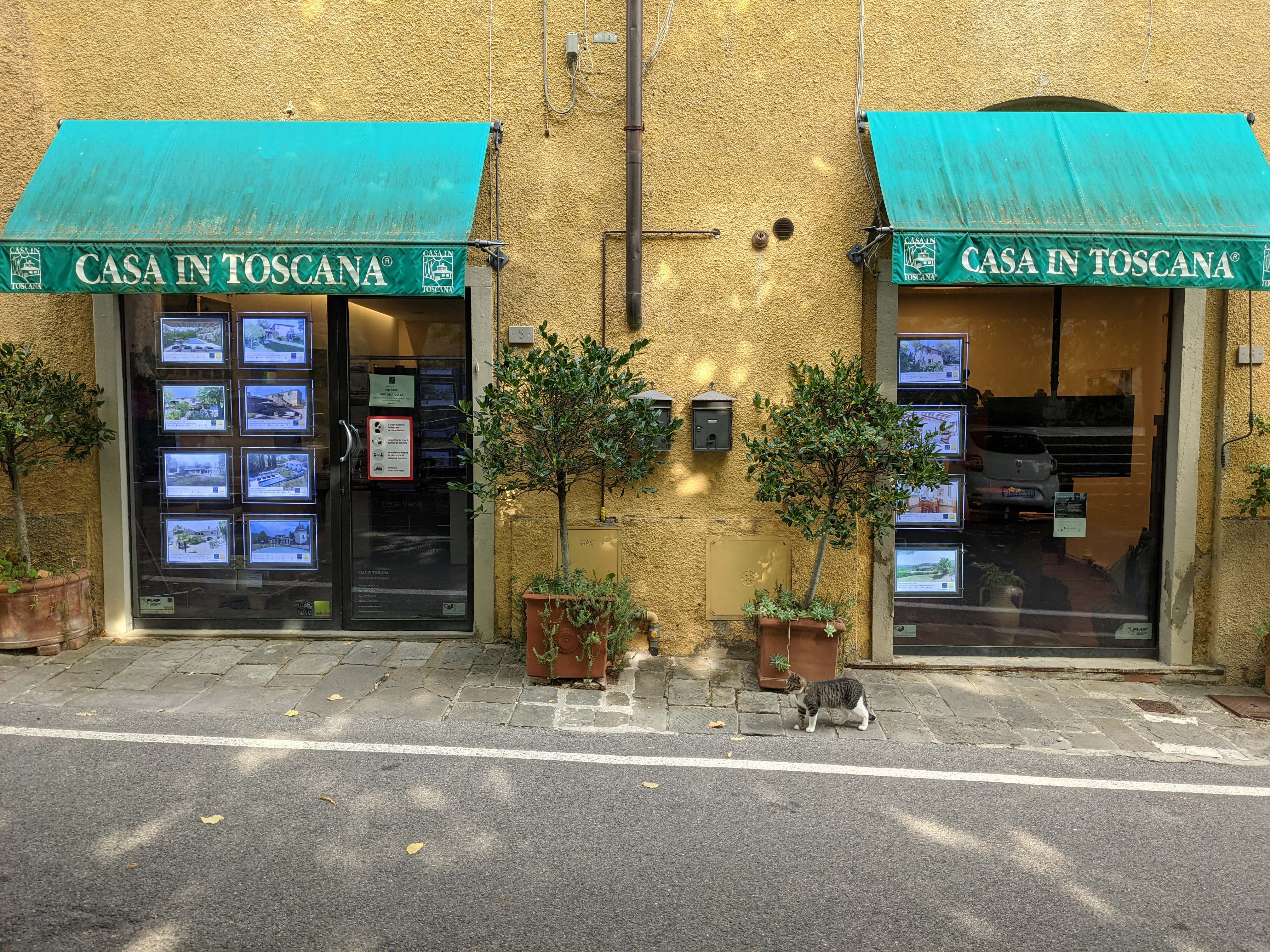 We were in Chianti, so naturally we visited a winery and some of the nearby towns.

Next stop, Lucca! Derek and Dani were likely tired of hearing us talk about what a wonderful city Lucca is to live in and they now had an opportunity to check it out. They stayed in Lucca for a week… we spent quite a bit of time in town, but also used it as a base for day trips. I’ve included some photos of our time with them, but they also visited a nearby cave in the mountains, took a cooking class, and visited the Irish Pub (in Lucca???) multiple times. You’ll need to ask them if Lucca lived up to the hype from Jim and me…

Derek and Dani then left Lucca and wandered around Europe for another two weeks, visiting Prague, a small German town, a few places in Switzerland, Chamonix, and Milan.

It was wonderful to spend time with Derek, to really get to know Dani, and to show them some of the aspects of Italy that we enjoy so much. We are looking forward to future visits from our family and friends!